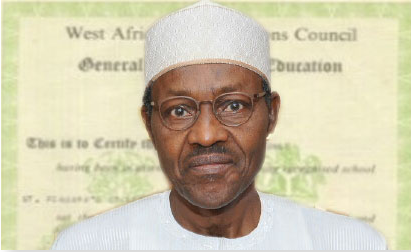 Plaintiffs in the two of the three pending suits challenging the eligibility of the President-elect, Muhammadu Buhari, to contest in the just concluded presidential election have been withdrawn.

Justice Adeniyi Ademola, who is presiding over the matters at the Federal High Court in Abuja, subsequently struck out the case after the plaintiffs notified the court of their decision to discontinue the suits on Wednesday.

Chief Mike Ozekhome (SAN), who is representing one of the plaintiffs, told the Justice Ademola on Wednesday that his client decided to withdraw his suit to afford the incoming administration of Mr. Buhari time to focus on the “enormous task” of governance.

When the second case, which was filed by Max Ozoaka was called, his lawyer, Dr. Chike Amobi, also gave similar grounds for withdrawing the suit.

Buhari, who is a former head of state, contested the presidential election on the platform of the All Progressives Congress and on April 1, he was declared winner of the election by the Independent National Electoral Commission, INEC, defeating the incumbent, President Goodluck Jonathan of the Peoples Democratic Party.

The plaintiffs had filed the suits challenging Buhari’s eligibility, asking the court to declare him ineligible to contest in the March 28, 2015 election on the basis of his alleged failure to submit his certificate of academic qualifications along with his Form CF001 to the INEC.

The plaintiffs claim that the former head of state’s failure to submit his certificate of academic qualifications contravened provisions of sections 131 and 318 of the 1999 Constitution and section 31(3) of the Electoral Act, 2010.

Meanwhile, there is still one eligibility suit pending against Mr. Buhari despite Wednesday’s withdrawal of two others.

The remaining suit was filed by one Ayakeme Whiskey (FHC/ABJ/CS/68/15) and as of the time of publishing this report, no date has been fixed for the hearing in the pending suit.