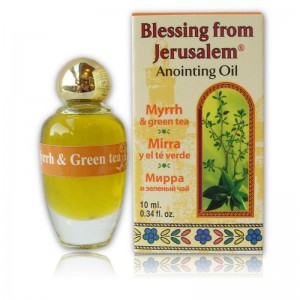 A self-acclaimed pastor, John Ojebe, 50, has been charged before an Oshodi Magistrate’s Court in Lagos for allegedly obtaining N390,000 from one Hawo Umoru under the pretense of selling her Adonai oil to wash her private parts with. Vanguard Newspaper reports:

Ojebe was also said to have conspired with two others, now at large, to commit felony, to wit obtaining money by false pretence and stealing N390,000 belonging to the victim. The accused, whose address remains unknown, was said to have committed the offences at Sura Mogaji Street, off Coker Road, Ilupeju, Lagos State.

He was arraigned by the police on a three-count charge of obtaining money by false pretence and stealing. However, when the charge was read to the accused before Magistrate Akeem Fashola, he pleaded not guilty. One of the charges read: “That you John Ojebe, with two others at large, on April 13, 2014, at about 11am along Sura Mogaji Street, off Coker Road, Ilupeju in the Lagos State Magisterial District, did obtain N390,000 from one Hawo Umoru under the pretence of selling to her one Adonai oil for washing of her private part.”

Police prosecutor, Sergeant Kehinde Olatunde, informed the court that the offence was punishable under Section 410 of the Criminal Laws of Lagos State of Nigeria, 2011. Following the application for the accused’s bail by his counsel, Mr. Michael Olisah, the magistrate granted him bail in the sum of N100,000 with one responsible sureties, who must have paid tax for three years and whose address should be verified.