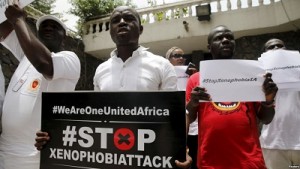 Former Provost Marshal of the Nigerian Army, Brig. General Idada Ikpomnwen, yesterday, tasked the Nigerian government on making the country habitable, rather than blame the South African government for xenophobic attacks on foreigners.

He argued that if the country was a great place to live, Nigerians would not seek greener pastures anywhere else in the world.

“We must begin to think of how to create jobs, make good use of our resources and make this nation great. That is the challenge before the Federal Government and not the action of South Africans,” he said.

Idada, however, berated South Africans over the attacks gainst their African brothers.