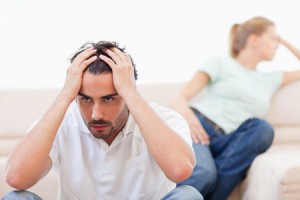 Don t dwell in the misconception that he would love whatever you do. There are certain things that can make your boyfriend really angry. Read on to find out what are those habits which any guy would simply hate about his girlfriend.

1. A chatter box: Guys hate such girlfriends who spill up everything little thing with anybody they desire to. There are certain things which are only to be kept between the partners and it should not fall into someone else’s ear, no matter how close he or she is. Most guys would hate to know that something very personal is now a topic of discussion among others. He would come up shouting at you to ask that from where that outsider came to know something very personal? Things can get worsened in such situations.

2. Interfering in all matters: Now that cannot be tolerated at all. There is some space assigned for every relationship. Some things should be handled alone and it really can make someone annoyed if anybody interferes. Most men would never like to have a girlfriend who has to say something on every issue that he is indulged into. They expect you to judge the situation and then poke nose into it. If you break the rules then get ready for scolding.

3. Disturbing: Most guys would expect their girlfriends to understand the importance of the work they are doing. They would even alert them beforehand, but if they still disturb then it can make him very angry. If a guy is really busy in completing his assignment and his girlfriend insists to get romantic then it is really going to annoy him. He expects her to be a little cooperative so that he may dedicate and concentrate completely to his work. Girlfriend should understand also the work pressure they are given with.

4. Flirting with others: This can prove to be very dangerous. A girl must remember that she is committed to her boyfriend and ought not to flirt with some other guy. If her boyfriend comes to know about such type of activities then he would simply get very angry and might do something which might hurt later. Boys generally become possessive in such situation. If they catch you flirting with others then get ready to see the anger in his eyes.

5. Disrespecting his passion: When girls make fun of the passions that their boyfriends hold then it surely makes them very angry and they try to make distance from them. Like for example if he has an interest in biking or photography but is unable to make a mark, so it would not at all be appropriate to make fun of him. Instead he would expect her to support him in what he wants to pursue in future.

6. Overpossesive: They would prefer space in relationship. It would not be liked by him at all if his girlfriend prohibits from socializing. It is his life and you can’t stop him from talking to someone else. Also, it would make him furious about the fact that you are suspecting too much. It is not always necessary that the girl with whom he is spending time, is his new girlfriend. Do try to investigate the matter and find out the actual thing before passing judgment.

7. Transforming the original: Everybody has got a different and unique style that distinguishes one from the others. Do not try to forcibly change the man that he actually is. Always remember not the change the person whose qualities you had once admired. Be logical and believe in originality.

8. To be careless: They might get very angry if you become careless and do things with least interest. The work they expect you to do might be very important so before committing to do something make sure that you would seriously pay attention to it. Being careless also applies to the way you take care of yourself. Like they might get angry and scold you for not visiting the doctor, or any other such instance.

9. Not giving time: He could really get mad at you if you don’t turn up on the fixed time or you delay too much. If you get delayed then do speak the truth as to why you got delayed. Telling a lie is a strict no. Moreover, try to be available at times when he actually needs you. Do support him when he is low. They expect your presence the most, so not coming forward would not only make him angry but can also make him feel heartbroken.

10. Doing the same mistake: If he had explained you that he don’t like certain things but you still do them, then it is surely going to make him angry to the maximum. In order to have a healthy relationship you need to take care of his likes and dislikes.

So, all the girls should keep in mind the above things in order to keep their boyfriends always happy. Have you seen a guy getting angry at his girlfriend for any of the above reasons? Do tell us.