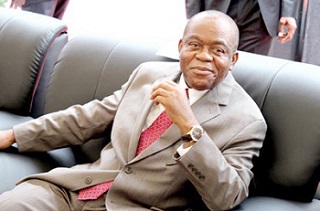 Governor Theodore Orji of Abia State has inaugurated an 18-member committee to review the performance of the Peoples Democratic Party (PDP) in the state in the last general elections.

The committee headed by a former state chairman of the PDP in the state, Chief Ndidi Okereke, is saddled with among others, the responsibility of ascertaining the perceivable problems and constraints faced by the party during the elections.

Inaugurating the committee at the Government House, Umuahia, on Monday, Governor Orji charged the committee to review and appraise the performance of the party in the last polls and ascertain the remote and perceived problems faced by the party in that election with a view to proffering solutions capable of leading to improved performance in future polls.

The governor noted that though PDP won in many of the contested elections in the last elections in the state, that victory did not elicit the usual euphoria that characterized the party in the previous elections.

To that end, Orji said that the committee is to proffer the way forward for the party including requirements for reforming and rebuilding a stronger and more resilient PDP in the state.

The committee was given two weeks to complete the assignment.

Responding on behalf of the others, the chairman of the committee, Okereke thanked Governor Orji for the opportunity given to them to serve and promised to do the job judiciously.