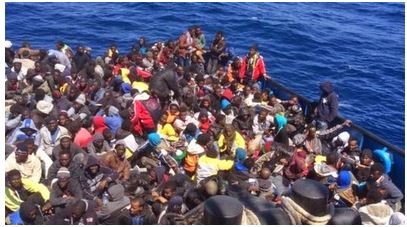 According to international aid organization, Save the Children, survivors from the incident said they were 137 onboard the boat and as they got to Sicily in Italy, their boat deflated. Some of the boat occupants who could not swim, jumped into the sea and drowned.

One of the survivors, Astoy Fall Dia from Senegal, told AP she managed to survive because she knew how to swim and held on to the dinghy(boat).

“There was the big ship there and they threw down ropes, someone grabbed on to the rope, all the other people started pushing to try to save themselves but then people started falling in the water.”she said

At least 1,829 people have died so far this year trying to cross the Mediterranean.