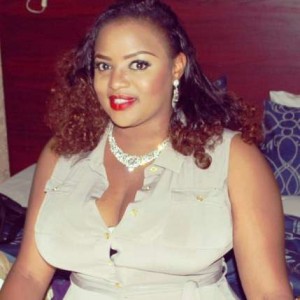 Large-sized Yoruba actress, Funke Adesiyan who ran for the seat of House of Representative in Oyo State under the Peoples Democratic Party in the last elections; has revealed how she reacted to her loss.

The actress said she organized a party for her supporters after she failed to win the legislative seat.

Funke told Punch that “I threw a party immediately after the election. Didn’t you hear about it? Ah! I don’t feel bad at all. I threw a big bash where I invited my fans and friends to come and celebrate with me. There was no need for me to feel bad in any way,”