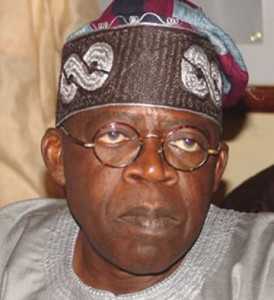 The Senate Minority Leader, George Akume, has denied ever meeting the National Leader of the All Progressives Congress (APC), Senator Bola Ahmed Tinubu, over the position of the senate president.

Reports have said Akume held a meeting with Tinubu after the latter dumped him for Senate presidency. Tinubu during the alleged meeting was said to have told Akume to shelve his ambition and support Senator Ahmed Lawan whom he claimed already had the support of the north east and the People’s Democratic Party (PDP).

However, Akume said the reported meeting never held as he had no interest in vying for Senate presidency.

“For the avoidance of doubt, Senator Akume along with other senators-elect received the president-elect, Muhammadu Buhari, at the ongoing 8th National Assembly retreat at the International Conference Centre, Abuja in the morning of April 29.

“The Senate minority leader later held meetings with colleagues up till the early hours of Thursday. The senate minority leader is not pre-occupied with positions for now but rather, he is conferring with his colleagues on the need to work for the betterment of the lives of the good people of Nigeria and to have a vibrant National Assembly,” he said.