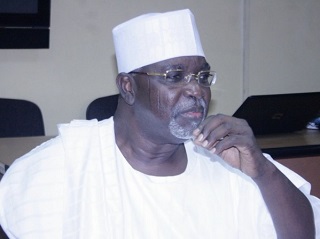 The All Progressives Congress (APC) has commiserated with the family of Senator Ahmed Zanna, who died on Saturday in Abuja.

Until his death, Zanna was the Senator representing Borno Central Senatorial District.

In a statement issued in Lagos on Sunday by its National Publicity Secretary, Alhaji Lai Mohammed, the party described the death of Zanna, who won re-election on its platform, as a huge loss not just to his family and the people of Borno but also to the Senate and to Nigeria as a whole.

It prayed that God will strengthen the family so it can bear the irreparable loss and comfort them as they seek to come to terms with the reality of his demise.

The incoming governing party described the late Senator as a committed parliamentarian who cared about the welfare of his constituents and took his legislative duties very seriously.

“While we are indeed in a state of shock and sadness over his untimely demise, we are comforted by the bold footprints left behind by Senator Zanna, and we pray that God will take him into his bosom”, the party said