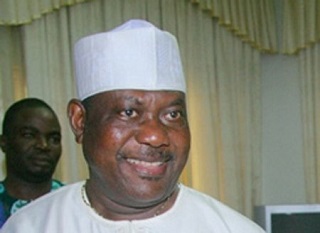 The Senate Minority Leader, George Akume, on Friday said that he was the most qualified candidate for the position of the Senate presidency.

Mr. Akume, who represents Benue North-West Senatorial District on the platform of the All Progressives Congress, disclosed this in an interview with journalists in Abuja.

The ex-governor said that going by the presidential system of government which Nigeria practices, the minority leader should automatically takeover the leadership if his party man emerges as leader of the central government.

“We are practicing the presidential system of government and in that system, the path of succession to leadership in the legislature is clearly established; as minority leader, automatically I should have become the president.

“I got into the senate after eight years as the governor of Benue state.

“During my stay here, I moved from the PDP which I co-formed to the ACN and eventually I became the minority leader of APC after the merger and from that vantage position I became the chairman of the minority caucus.

“I believe that given my track record and the fact that I have been leading the caucus in the senate, I should be considered the most worthy man to preside over the affairs of the 8th Senate.

“For anybody to say that I should withdraw is purely in the imagination of a few, I do not have any skeletons in my cupboard”, he said.

“This is exemplified recently, in the U.S. whose democracy we copied, where the minority leader automatically rose to become speaker. That is the way things are done”, Akume added.

Other leading contenders for the Senate top most job are Bukola Saraki and Ahmed Lawan.