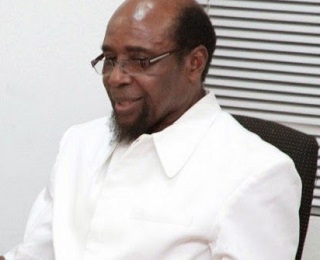 The Academic Staff Union of Universities (ASUU) on Tuesday, paid glowing tribute to the late Chairman of the Senate Committee on Education, Senator Uche Chukwumerije.

Chukwumerije died on April 19 “after a long but gallant battle with lung cancer”, a statement by his family said.

ASUU President, Dr. Nasir Fagge, in a tribute in Abuja, described Chukwumerije as “one comrade whom the trappings of power could not shackle his critical and courageous will”.

Fagge pointed out that the deceased, whose burial has been fixed for May 22 in his country home in Abia North, “brought to bear, the spirit of zealous patriotism, and vision of undiluted nationalism” during his stint in the National Assembly.

The ASUU president said: “At crucial moments in the history of this nation, he played vital roles for the survival and development of the country.

“As Director of Information during the Nigerian Civil War, he distinguished himself at the age of 25 years as an outstanding strategist and astute communicator.

“And when the war ended on the ‘No Victor No Vanquished’ policy, Chukwumerije committed himself with the characteristic zest to the building of a united Nigeria where the rights of the citizens will be the fundamental concern of government.

“It is not surprising therefore, that Chukwumerije was subsequently invited by the country at other critical times as Minister and Secretary of Information to create platforms for vibrant communication and dialogue between government and the people of Nigeria.

“Serving variously on the Senate Committees on Power, Inter-Parliamentary Affairs and Education, Chukwumerije brought to bear on the hallowed chamber the spirit of zealous patriotism, and vision of undiluted nationalism.

“The Comrade Senator approached matters and people with an awesome openness and an unpretentious desire to learn.

“As Chairman of the Senate Committee on Education, his boldness and frankness facilitated the signing of both the 2009 Federal Government/ASUU agreement and the Memorandum of Understanding (MOU) that resolved the protracted 2013 industrial dispute between ASUU and the government.

“Chukwumerije has certainly engraved his name on the sands of time as a comrade who remained true to the struggle.

“The union will surely miss him as one comrade whom the trappings of power could not shackle his critical and courageous will, his strength of conviction and admirably brutal sense of honour and sincerity.

“Comrade Senator Uche Chukwumerije presents to us the representation of the people at its shinning best”.