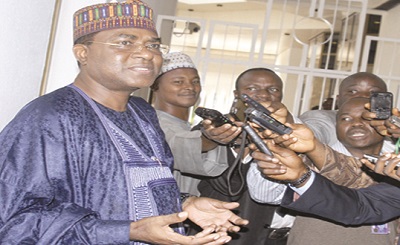 The Bauchi State chapter of All Progressives Congress, APC, has denied collecting the sum of N565 million from the state government.

The publicity secretary of APC, Auwal Jallah, said this, yesterday, in Bauchi, in reaction to online reports that the transition committee of the governor-elect, Mohammed Abubakar, received the said amount from the outgoing Isa Yuguda-led PDP administration in the state.

“There is no iota of truth in all the allegations published by online media against the governor-elect and the members of the transition committee.

“No one collected such a huge amount of money from the state government”, the Bauchi APC spokesperson reacted.

He described the report as false, saying it was meant to tarnish the image of the governor-elect.

“To put the record straight, it is the tradition for every transition committee to receive little token from the outgoing administration, and that was the only money received from the Bauchi State Government. And it is not up to one tenth of the amount quoted”, Jallah stated.