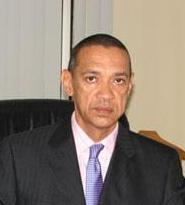 Chairman of the Silverbird Group and Senator-elect Ben Murray-Bruce has vowed to lead the fight against the extravagance of public office holders and their inexplicably bloated salaries.

In a series of tweets one of which put his location at Los Angeles for his son’s graduation, Murray-Bruce also called for the reduction of the number of aircrafts in the presidential fleet.

“Every year I pay multi millions in taxes yet I don’t fly first class. Why should our public servants fly first class at public expense?” he queried.

“We must be realistic. If we have to borrow to pay salaries, it’s a sign we must cut salaries including for Senators. I’ll lead that charge,” he promised.

“Left to me, we must sell the Presidential fleet. Public servants, including President must only use made in Nigeria Peugeot as official car!”

“I built a successful business by spending less than I earn and cutting my coat according to my cloth, not my size. Nigeria must do the same!”

Murray-Bruce also slammed governors who are owing workers in their states, but instead of standing up to their responsibilities are blaming the federal government for their inability to pay salaries.

“If I can’t pay salaries of the 1,000 staff at Silverbird, should I blame my dad? Why would Govs [governors] blame FG or anyone for failure to pay salaries?”

“If Governors blame the FG for their inability to pay salaries, why then do we need Govs? Are they just to have convoys or retinue of aides?

“A Gov who can’t pay salaries has no moral right to a huge convoy or to guest houses or to a private jet. Your workers must be your priority!”