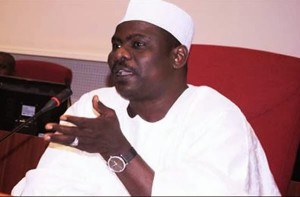 The Senator representing Borno South at the National Assembly, Mohammed Ndume, on Sunday commended President Muhammadu Buhari for directing the military high command to relocate to Maiduguri and concentrate on the fight against insurgents.

He told the News Agency of Nigeria in Maiduguri that the move was a ‘right step in the right direction’.

“For people like us that had been in the fore-front, looking for solutions to the problem of insurgency, it is a heart-warming development.

“We have been anticipating that immediately he (Buhari) takes over, he will do something drastic and effective, in making sure that the issue of insurgency comes to an end”, Ndume said.

“With the new directives, we are hoping that insurgency in Borno and other states will come to an end sooner or later.

“With the good intention of the president, we are very optimistic that this madness will come to an end soonest”, he said.

Also, a legal practitioner and former chairman of the Biu branch of the Nigeria Bar Association, Jubrin Gunda, spoke in the same manner.

“The action is highly commendable. If the military high command moves to Borno, there will be no room for excuses or failure, like we witnessed in the past”, he said.

Mr. Gunda, who is also the Legal Adviser of local vigilante group, called the Civilian JTF, said it was certain that the military would wipe out the insurgents in a short time.

“The military will wipe out the insurgents in a couple of days or weeks. It is indeed a right step in the right direction”, Gunda said.

He said that stakeholders in the state had been waiting anxiously for the inauguration of Mr. Buhari as the president.

“Everybody must commend the president for taking such a laudable step towards tackling the insurgency”, he said.

“If you go round the state, you will see people in high spirit; we are all hoping that the insurgency will be crushed soon”, he added.

Iliya Ibrahim, a businessman, appealed to the president to strictly monitor the operation of the military against the insurgents, to avert failure, similar to what was experienced in the past.