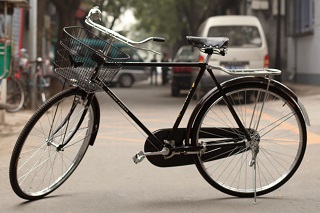 An Ojo Magistrates’ Court in Lagos State on Wednesday sentenced 18-year-old, Somtochukwu Otika to three months’ imprisonment for stealing a bicycle after he had pleaded guilty to the charge.

The Magistrate, Mr Teslimi Shomade, said that the convict would serve the jail term with hard labour or an option of N18, 500 fine.

“Somtochukwu Otika is found guilty of stealing a bicycle belonging to one Miss Chioma Ojiaku.

“He is hereby sentenced to three months’ imprisonment with hard labour or an option of N18, 500 fine”, he said.

Earlier, the Prosecutor, ASP Godwin Eze, had told the court that Otika stole a bicycle on May 13, at noon in front of the Diamond Bank Plc., branch located at the Balogun Market, Trade Fair Complex in Ojo.

“The accused on the said date did steal a bicycle belonging to the complainant, pretending that he was borrowing it from him”, he said. (NAN)