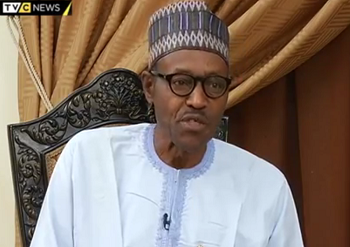 President-elect, Muhammadu Buhari says he does not know how to tell Nigerians that he will not be able to turn the economy around quickly as promised.

“The expectation is too high and I have started nervously to explain to people that Rome was not built in a day. For this to be corrected, please, give the incoming government a chance,” said Buhari when governors under the All Progressives Congress (APC) paid him a congratulatory visit on Tuesday. He noted that the outgoing government has battered the economy so much it will be hard to hit the ground running.

“Here, I will like to recall what happened during the Abacha regime which led to the emergence of PTF. The Abacha regime was a military regime and it thought that the only way was to increase the prices of petroleum products. But they were not taking Nigerians for a ride. They would have said that if Nigerians decide to riot, they have the guns and so they can have their way.

“They decided to tell Nigerians that they were going to increase prices of petroleum products and the money we get, we will put aside for development. That was how PTF came.

“So, this time around, under this system, to bounce back with the issue especially with the backlog of salaries which are of immediate concern to individuals and states, I think we should look for a better way to address the issue and think of how to persuade people to give us a chance to organise the economy immediately and get something to pay salaries. The people will give us a chance to stabilise the economy,” he said.

The governors lamented said empty treasuries may be awaiting them in their respective states, noting that most state governments had gone bankrupt and, therefore, cannot pay workers’ salaries, although records by the Debt Management Office (DMO) show that five of the 10 most indebted are states ruled by APC governors.

Buhari premised his fear on the perception that the economy has been battered by the outgoing government of the People’s Democratic Party, PDP.

Decayed infrastructure
Buhari who also lamented what he likened to destruction of social infrastructure especially in education, however, assured that his government would ensure that the country is improved in all ramifications.
Buhari also thanked the governors-elect, re-echoing that the formation of APC as an offspring of the merger of the legacy parties earned them victory at the polls.
He said: “The decision to merge was a good one because this helped us. At every step, there were many road blocks. During the merger, APGA and DPP wanted to come in, but we felt that if they are allowed to come in at that time, it will be used to frustrate the merger and so we asked them to stay action until after the merger. So we advised them to just be observers.
“We decided that the nine major people that were leading the Legacy parties should lead us to the first major convention where the new party will then elect its new leadership. These nine people were the national chairmen, the national secretaries and the treasurers.
“The next step was what earned us respect. I had thought that all INEC Commissioners were our enemies and they said, ‘no, take the documents for the registration back because you need presence in all the geopolitical zones of the country.’ There were lots of efforts by the PDP to frustrate our emergence as a party.”