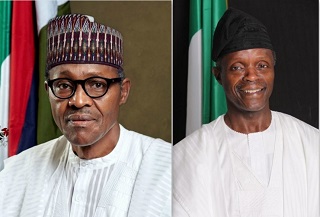 From May 29, 2015 President-elect Muhammadu Buhari, has made known his intention to be referred to by the official title of ‘President’, dropping the Army General title that had preceded his name for over 30-years.

The same applies to Vice President-elect Yemi Osibanjo, who seeks to be described with his academic title of ‘Professor’.

A statement issued by the Director, Media and Publicity of the APC Presidential Campaign Organization, Garba Shehu said: “From May 29, 2015 the President-elect and Vice-President-elect are to be respectively known and addressed as Muhammadu Buhari, President, Commander-in-Chief of the Armed Forces Federal Republic of Nigeria and Prof. Yemi Osinbajo, SAN, Vice President, Federal Republic of Nigeria”.

The statement also displayed the official portrait to be used by Buhari and Osinbajo from May 29, when they will be sworn in as President and Vice President respectively.