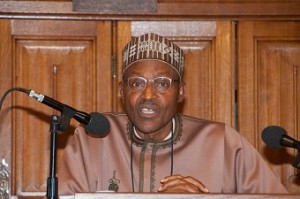 Rivers State Governor, Rotimi Amaechi has said that the president-elect Muhammadu Buhari was a true democrat who has respect for rule-of-law and due process.

Speaking at a thanksgiving service in Port Harcourt organised by the campaign organisation of Dakuku Peterside, the state’s All Progressives Congress (APC) governorship candidate in the just-concluded general elections which he lost to the People’s Democratic Party (PDP)’s Nyesom Wike.

Amaechi urged supporters of the APC to prepare their petitions against those that compromised the elections in the state and perpetrated different forms of malpractices.

“The only thing you have to do is to ask officially as a party, as an individual for a proper investigation of what happened in the state.

“I am very hopeful that everybody involved in one electoral malpractice or the other will be brought to book so that people will have respect for the law,” he said.

While thanking God for Buhari’s victory, Amaechi urged supporters of the APC in the state not to be distracted by the temporary setback but to remain focused on God to deliver the state.