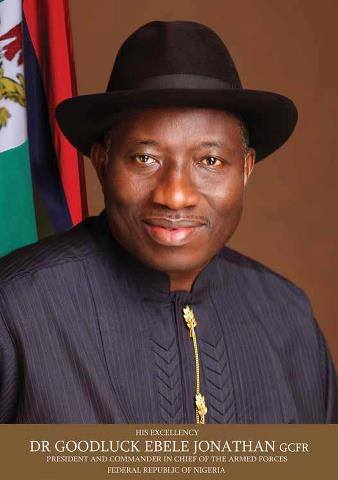 Federal institutions, business centres and other public offices in Kano have stopped putting up the portrait of President Goodluck Jonathan in their premises despite having 18 more days before his administration winds up.

Constitutionally, Jonathan’s portrait should adorn public offices and institutions until he hands over on May 29 but The NATION reports that is not the case.

According to the newspaper, the portrait of President-elect, General Muhammadu Buhari (retd.), has taken over in many offices, a development that indicates many in the state cannot wait for Jonathan’s tenure to wind down on May 29.

As a result, the demand for the portrait of Buhari has soared with each going for as high as N1, 500 on many streets of Kano.

In one of the offices where Buhari’s portrait hangs on the wall at the reception, he is spotted wearing a red cap, his trademark spectacle and a white male flowing gown.

Inscribed on the portrait are the words: His Excellency General Muhammadu Buhari (GCFR), President Commander in Chief of the Armed Forces Federal Republic of Nigeria.

A café operator, who pleaded anonymity, along Civic Centre Road where the portrait of the president-elect was conspicuously hanged on the wall, said: “Buhari has won the election and that was the change we were looking for and the change has eventually come.

“So, we wouldn’t want to waste time delaying the time for his inauguration before we start hanging his portrait”.