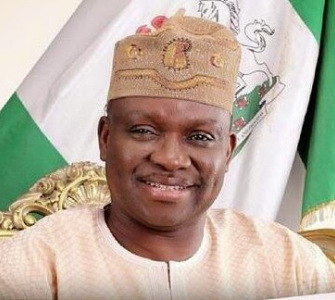 The National Working Committee of Peoples Democratic Party, PDP, Monday, expressed disappointment in Governor Ayodele Fayose of Ekiti State, for pushing for the sack of the present NWC.

According to the PDP, when some stakeholders in the state had asked for Fayose’s disqualification from the party’s governorship primaries last year, the present leadership stood its grounds and helped him to power, adding that paying back by asking for the resignation of the same leadership, was unfortunate and a total disappointment.

Fayose had joined the call for the sack of the NWC at a meeting of the South-West Zone held in Ado-Ekiti on Saturday at the instance of the governor.

At end of the South-West PDP leaders’ meeting, it was resolved that both the National Secretary and the National Auditor of the party, Professor Adewale Oladipo and Alhaji Adewole Adeyanju, who are members of the NWC from the zone, should resign immediately to pave way for the sack of the Party’s NWC .

Speaking with Journalists on the development earlier today, the PDP National Publicity Secretary, Chief Olisa Metuh, expressed the disappointment of the NWC in Governor Fayose’s action.

Metuh said, “The National Secretary of the Party, Professor Oladipo had already replied appropriately. But we feel pained by Governor Fayose’s action. This is a man that got total support from the NWC during the governorship primaries in Ekiti State.

“At a stage, some stakeholders in the state wanted him to be excluded from partaking in the party primaries, but we in the NWC stood our ground that due process must be allowed, through our internal democracy, he eventually won the ticket and we mobilised funds for his election. We give glory to God, he won the election.

“We in the NWC were even accused of taking N200m from Fayose to support him. The Governor is alive let him come out whether we took any money from him. We are pained that such a man we supported so much could come around and call for our sack because of the outcome of an election not due to our faults.

“Professor Oladipo is the National Secretary of the Party while Alhaji Adeyanju remains the National Auditor and not State or Zonal officers that can just be ‘chased out of office’ as being done in the Zone”.