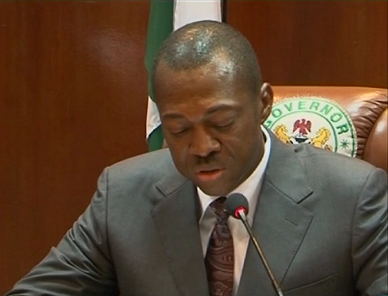 Barely one month to hand over to new administration, Gov. Sullivan Chime of Enugu State has vacated the Governor’s Lodge at the Government House in Enugu.

A top government official, who pleaded anonymity, said in Enugu on Saturday that Mr. Chime had moved to his private residence at Independence Layout, Enugu.

According to the source, the movement was to facilitate the renovation of the lodge for the Governor-elect, Ifeanyi Ugwuanyi.

The source also said that Mr. Chime would take the governor-elect on tour of the Governor’s Lodge to enable him familiarise himself with the lodge after its renovation.

It said the outgoing governor would also hand over the new Lion Building comprising the Governor’s office and the staff to the governor-elect.