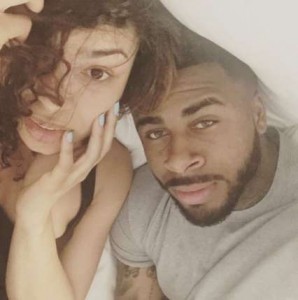 The fairy tale romance between Jason Derulo and Jordin Sparks ended months ago, but it seems like Jordin Sparks has found herself a replacement.

The female singer has confirmed she’s in love with another man after breaking off with her ‘Wiggle Wiggle’ ex last year.

The ‘No Air’ singer posted a picture of her kissing a rapper named Sage The Gemini on her Instagram on Monday night May 4.

Meanwhile the young rap act has also been posting several photos of them both claiming Jordin is his ‘Woman Crush Everyday’.

Jordin Sparks ended her relationship with Derulo in December 2014 with the ‘Marry Me’ hit-maker blaming the split on the pressure of marriage.

Jordin has since stayed quiet about why they split despite rumors saying he cheated.