Sule Lamido, the governor of Jigawa state, is facing tough times, as a Federal High court sitting in Dutse has ordered all commercial banks working in the state to freeze accounts bearing his name and some other governmental accounts. 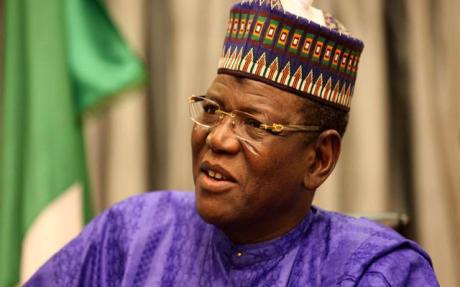 According to Daily Times, the court also summoned all commercial banks in the state to appear before it and provide statements of their accounts.

The court’s decision followed the refusal of Lamido and the state government to obey the court’s order in a judgment to pay the sum of N50 million as compensation to Muhammad Sabo Nakudu, the senator-elect of the All Progressives Congress.

Trial judge, Justice Sabiu Yahuza, made the order, when the plaintiffs applied to the court again through their counsel, Barrister Umar Aliyu, complaining that the governor refused to pay the compensation.

Speaking after the court session, Aliyu sexpressed satisfaction with the court decision.

“We dragged Jigawa state governor and the state government, Birnin-kudu local government and state’s commissioner of police to the court for illegal trespass, attacking my client resident in Birnin-kudu town and violation of his right.

“We convinced the court beyond reasonable doubt with genuine evidence, the court made the judgment in our favor and ordered the dependents to pay my clients the sum of N50 million, the dependent failed to abide by the court verdict within the period provides by the law,” he said.

It would be recalled that a few week ago Lamido was accused of leaving behind N11 billion debt for the incoming government.

Sani Zoro, a House of Representatives member-elect from Jigawa state, called on the Economic and Financial Crime Commission to investigate the matter