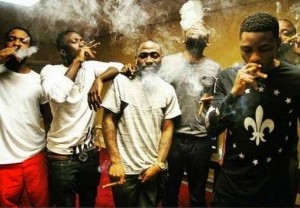 He has tons of awards in his cupboard but not yet the ultimate prize as a school graduate.

The soon to graduate who is to drop his album on the same day took time to chill with his HKN crew in Atlanta, Georgia in America.