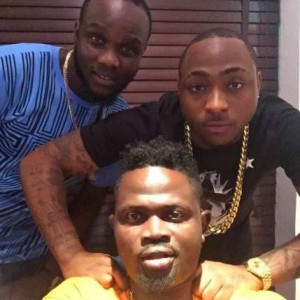 A friend of Davido, Owolabi Money Maker, has lost about N880,000 after 419 fraudulently withdrew the cash from his GTB Account.

Widely referred to as MoneyMakerHKN, the 27-year old created a scene at a GTB branch in Lekki after fraudsters hit his account with an N880,000 debit.

Reports further revealed that Owolabi refused to be consoled after bank officials were unable to find a solution or revert the transaction which he already has been debited from his account.

The father of one couldn’t control his emotion and kept crying as his baby-mama was embarrassed and appealed to him to remain calm.

An obviously distraught Owolabi reiterated that his child’s school fees would not be paid once he leaves the banking premises as he had no more money.

Davido is currently not in the country and can’t be reached for details.