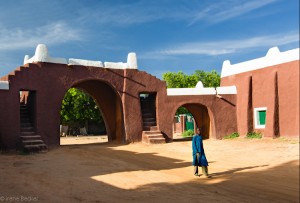 A 35-year-old man, Bello Rabiu, has been arrested and arraigned before a senior magistrate’s court in Katsina over the killing of his new born baby girl. Daily Trust reports:

He was said to have strangled the one day old baby and buried her in his compound after she was given birth to by his wife, Fatima Bello. Rabiu was infuriated that the baby he eagerly awaited turned out to be a female, against his wish.  Police prosecuting officer, Hashimu Musa, told the court that Rabiu who resides in Dankwaro village of Charanchi LGA of Katsina State, committed the offence at midnight on May 4, 2015.

He said the village head of Doka, Alhaji Muhammad Shehu, reported the case at the Charanchi police station after his attention was drawn to it.
“After police investigation, he was arrested and interrogated, and later confessed committing the offence’’, he said.
The judge, Nafisa Bagiwa, ordered him to be remanded in prison and adjourned the case to June 22 for continuation.