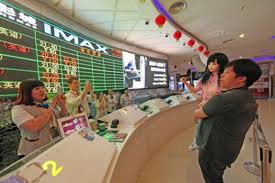 A Chinese man suffering from severe depression got a new lease on life when he adopted a realistic doll as his daughter. OddityCentral reports:

Song Bo was diagnosed with a serious illness two years ago that gave him constant headaches and made him depressed. The condition was so bad that he was convinced he would never marry or have children. While browsing the internet one day, Song came across a listing on e-commerce website Taobao for a child-sized love doll.

He bought the 4’10” doll and fell in love with it the moment it arrived. It may have been just a realistic-looking doll to anyone else, but for Song Bo it was a new beginning. He started treating the doll like his daughter, taking it along wherever he went, and even gave it a name – Xiao Die (“little butterfly”).

Song Bo currently lives with his mother, who apparently had no objections when he brought the $2,200 doll into their lives. She probably noticed the effect it had on her depressed son from the beginning, and decided to be supportive instead of telling him that treating it like a real child wasn’t normal. The man’s unusual yet heartwarming bond with his child-like doll was recently captured in a series of emotional photos of the two on day out on the town.