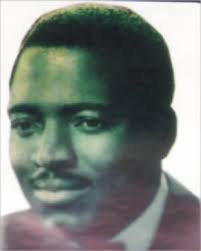 The National Association of Ngas Students on Thursday demanded for a national pardon for late J. D. Gomwalk, a former Military Governor of the defunct Benue-Plateau State.

Ann Suwa, NANGS President, who made the call in an interview with the News Agency of Nigeria (NAN) in Pankshin, Plateau, urged the Federal Government to consider state pardon for the late military governor.

Mr. Gomwalk was governor of Benue-Plateau between 1967 and 1976 and was allegedly involved in the Dimka coup of July 1976 which led to the death of then Head of State, Murtala Mohammed.

“When you look at his legacies, you could see a great man worthy of honour, praises and emulation”, Suwa said.

“And to come to know that for all these years, the government has not granted him national pardon, it’s very unfair and saddening”.

She explained that “each year we hold a memorial lecture in honour of him (Gomwalk) and to press forward for his pardon”.

Suwa expressed the hope that President Goodluck Jonathan would consider the association’s plea and grant the late governor the pardon before leaving office on May 29.

According to her, the memorial lecture include rallies, Gala Night and presentation of two papers by David Gowon of University of Abuja and Katdapba Gobum, former Plateau NUJ Chairman.

Suwa said the theme of the lecture was, “Emulating the spirit of selfless leader, writing your name in golden pen”.

He said the focus of the theme was “the need to grant late J. D. Gomwalk national pardon”.

She said the programmes began with rallies in Jos and Pankshin on Wednesday and Thursday while the gala night would go with music and dancing competitions.