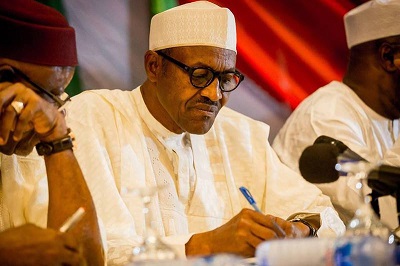 The executive members of the National Union of Electricity Employees (NUEE), led by the General Secretary and factional President of the Nigerian Labour Congress (NLC) Comrade Joe Ajaero, made this demand in Abuja, while conducting some journalists round the site of abandoned 60 containers of 52KVA electricity transformers, at Kubwa, in Abuja.

This came in apparent response to a statement made by the outgoing minister of power, Professor Chinedu Nebo, on the need for the incoming administration not to tamper with the privatization of the power sector.

The workers, however, insisted that it is the privatisation of the PHCN that has made electricity generation and distribution ineffective.

NUEE noted that the payment of over N200   billion to the private sector by the government after the privatization   exercise raises questions. It therefore urged the incoming administration of Muhammadu Buhari to revisit the exercise.

Ajaero, who spoke on behalf of the NUEE executive members, argued that if after several months, privatization of electricity in the country had failed to change the country’s power situation, then the Buhari-led presidency needs to revisit the programme.

“We want to say, as a union that the sham called privatization should be revisited. If privatization, as we were told, was to  bring us heaven-on-earth elderado, and it has not done that, why should we insist on it?.

“Of course, our position as NUEE, has been no to privatization, especially given that we are an underdeveloped economy. It is the function of the state to provide power.

“Why would you sell your house to somebody and you still give him money to maintain it? So, it’s a fraud.”

“A minister who inherited about 4000 megawatts and is today, battling with just 2000 and something megawatts, doesn’t have the moral courage to advise incoming government on what to do.

Ajaero stressed: “If Buhari asks questions for some months, he will now know the direction to move.”

Speaking on the abandoned containers, Ajaero said he was alerted by concerned citizens who got wind of the development.

“With these transformers hidden here, you can now understand that while they were privatizing, certain properties were being hidden,” he alleged.