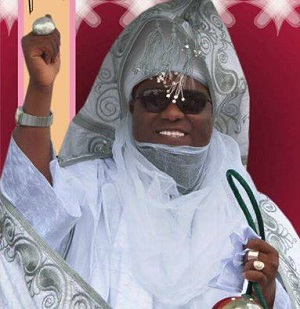 The Emir of Bauchi, Alhaji Rilwanu Adamu, has expressed concern over the increase in immoral activities in Bauchi.

In a message to the people of the state, delivered through various Imams of Friday Congregational Prayers, the Royal Father said reports reaching him indicated that some people, mostly youth, had taken to unwholesome practices.

He said such practices as rape, allegations of witchcraft, fornication and adultery, among others, had become common, to the extent of creating disharmony among house-holds.

“Indeed, such unwholesome practices might be partly responsible for some of the calamities befalling our society, such as the outbreak of diseases and delay in commencement of the rainy season.

“I am therefore calling on parents to keep watch over their children and give them the necessary moral training.

“We should listen to our leaders, clean graveyards and intensify prayers to God, to forgive us our sins and bless us with abundant rainfall”, said the Emir.

Highlighting the issues raised after reading out the message shortly after the Friday Congregational Prayers, the Imam of Sultan Abubakar Rd mosque at Fadaman Mada area in Bauchi, Sheikh Ibrahim Mangu, said the level of morale decadence, called for concern.

He lamented that most parents were not living up to their responsibilities in the moral up- bringing of their children, and the society had been paying for the lapses.

He therefore called on parents to heed to the clarion call of the Emir, for the society to progress. (NAN)