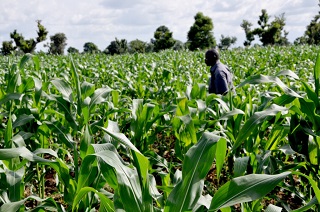 All Farmers Association of Nigeria, Kogi State chapter, on Saturday described the N100,000 loan to farmers by the state government as grossly inadequate.

AFAN Secretary in the state, Mr. Ademu Halidu, told the News Agency of Nigeria in Lokoja that the amount was too small for any farmer to work with.

Halidu said, “It is most unfortunate that at this present time, farmers would be given a token sum of N100,000 each as loan. The amount is too small for any farmer to work with.

“What about the stress and the rigour the farmers passed through before they were able to access the loan.

“Apart from the small amount, the process undertaken by farmers before getting the loan in terms of bank registration and documentation is too cumbersome for any rural farmer.

“Farmers are also demanded by the bank to open an account and pay a compulsory deposit of N10,000 before accessing the fund.

“AFAN are saying that the amount is too small in this era of mechanised farming with innovations of farm inputs, which determine the farm output products”.

The secretary said the in-house crisis in the state AFAN and Cooperatives Federation of Farmers was responsible for the association’s failure to press home its demands with the state government.

He promised that the crisis would be resolved within the next two weeks and that AFAN would re-unite to present their case before the state government.

Meanwhile, Halidu had criticised the decision of the state Commissioner for Agriculture, Mr. Zacchaeus Atte, to disburse the loan directly to individual farmer without channeling it through AFAN.

NAN reports that Kogi State Government, through the Bank of Agriculture, has commenced the disbursement of N750m loan to farmers in the state.