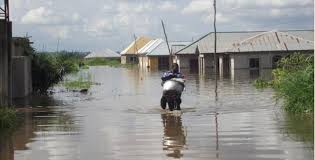 The Federal Government has unveiled plans to construct two blocks of hostels in Makurdi, the Benue State capital, valued at N300m to provide shelter for victims of the 2012 flood disaster in the state.

The project, which has a six months completion period, is to be replicated in the 22 states affected by the disaster.

Chairman of the Presidential Committee on Flood Relief and Rehabilitation, Mr John Owoicho, who stated this Friday in Makurdi when he led members of the committee to a courtesy visit on Governor Gabriel Suswam, explained that the project was part of the preventive measures by the Federal Government to prevent a recurrence of the disaster.

This, according to him, will also help to cushion the devastating effect of the flood on the victims.

Commending the efforts of the state in alleviating the suffering of the flood victims, Mr. Owoicho noted that when completed, the project would provide shelter for the victims, who had been living in churches and public schools.

In his response, Suswam, who was represented by the deputy governor, Chief Steven Lawani, expressed gratitude to the Federal Government for its determination to provide palliative measures to curtail the sufferings of the victims.

Suswam informed the committee of how the state government, on its part, was able to bring the situation under control.