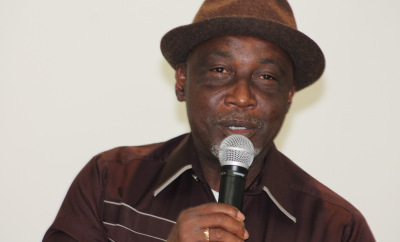 The Minister of Interior, Comrade Abba Moro, has said the Federal Government would ensure that an end is brought to the terror activities of Boko Haram before May 29, 2015 when the tenure of the current administration will expire.

Speaking during the inauguration of the Civil Defence Cooperative Housing Estate, Phase 3, Abuja, which was named after him, the minister noted that the Nigeria Security and Civil Defence Corps, had established itself as a vital link in the nation’s security system.

According to the minister, the corps has earned the confidence of Nigerians, adding that the NSCDC would continue to work hard to protect vital national infrastructure, even as he noted that Commandant-General of the corps, Ade Abolurin, had done well in the area of staff welfare.

Moro said, “President Goodluck Jonathan is working hard to ensure that we hand over a complete government to the in-coming administration. We will ensure that Boko Haram activities are brought to a halt before we hand over to the next government.

“The President has directed that every ministry should work hard to deliver on their mandate to Nigerians before May 29”.

Speaking on staff welfare under the ministry, Mr. Moro said: “I assure you that all deserving officers of all parastatals in the ministry of interior who merit promotion will get their promotion letter before the 29th of May”.

On the estate project, the minister said “the commissioning of this project gives me some sense of fulfillment” because the ministry of interior especially at the level of parastatals, had keyed in to the Transformation Agenda of the current administration on housing.  “I can proudly say we have worked with the dictate of the transformation agenda”, he added.

Speaking earlier, Mr. Abolurin said the corps is not only talking about the transformation agenda but also implementing it.

“We can see that we are not only talking on paper about transformation agenda in relations to housing”.