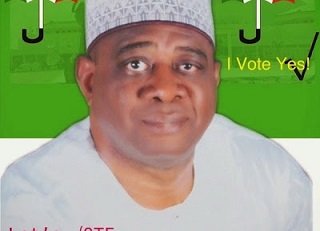 The certificate of return issued to the House of Representatives member-elect for Ado/Okpokwu/Ogbadibo Federal ‎Constituency in Benue State, Christian Abah, has been declared invalid by a Federal High Court in Abuja.

The court also ordered the Independent National Electoral Commission to issue a fresh certificate of return to the plaintiff and runner-up in the December 16 primary election of the PDP, Hassan Saleh.

Abah was declared unopposed and elected being the only candidate presented for the March 28 election.

Justice Adeniyi Ademola, who delivered judgment in the suit challenging Abah’s eligibility to stand for the March 28 Presidential and National Assembly election, held that the allegation of certificate forgery levelled against him, by Mr. Saleh, was established to be true.

Abah was said to have forged an Ordinary National Diploma certificate in Accountancy purportedly obtained from the Federal Polytechnic, Mubi, in 1985.

According to Justice Ademola, findings by the court revealed that an earlier judgment of the National/State Assembly Election Petition Tribunal ‎sitting in Makurdi delivered on September 6, 2011, and a letter by the Registrar of the polytechnic, Mr. Suleiman Buba, affirmed that the certificate presented by Abah to INEC was forged.

The court also ordered the Inspector-General of Police, Mr. Solomon Arase, to Arrest Abah for forgery and perjury.

The court also ordered the incoming Speaker of the ‎8th National Assembly to swear in Saleh as the member representing Ado/Okpokwu/Ogbadibo Federal ‎Constituency.