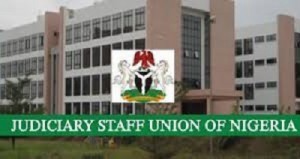 The Osun State Command of the Federal Road Safety Commission (FRSC) have suspended mobile courts due to the ongoing strike by the Judiciary Staff Union of Nigeria (JUSUN) in the state, which has been on since January.

Sector Commander, Mr Muhammad Husaini told the News Agency in Nigeria (NAN) in Osogbo, on Thursday, that the strike was a challenge to all security agencies in the state.

According to him, the commission had to diversify its operations to ensure that it did not bring offenders up to the level where they would have to face the courts.

“We have suspended our mobile courts because we cannot operate the mobile courts without the magistrates or judiciary staff to support them,” he said.

Husaini, however, commended motorists in the state, as well as the state government for their cooperation and support to the commission.