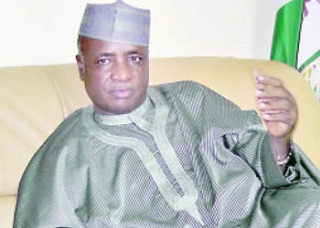 The Sokoto State Government has procured 115 18-seater buses under its Subsidy Reinvestment Programme (SURE-P) at a total cost of over N902million.

Gov. Aliyu Wamakko said this in Sokoto on Friday while distributing the vehicles to the beneficiaries.

He said each bus cost the state government N7.85million and was subsidised at 45 per cent.
Beneficiaries are to pay N500,000 initial deposit and subsequent monthly payment of N62,500 for 48 months.

He added that the vehicles would help in boosting the transport sector, as well as serve as empowerment tools for the beneficiaries.

Mr. Wamakko called on the beneficiaries to make best use of the opportunity and ensure timely refund.

Earlier, the Commissioner for Local Government, Faruk Malami, who spoke through the Permanent Secretary, Bello Wamakko, said N10.04billion had been spent under the programme recently.

He said more than 11,500 people had been trained in poultry farming and provided equipment worth N890million.

He further said that 230 tricycles were procured at N152.6million and distributed, adding that five-kilometre roads in the headquarters of all the local governments had been constructed at N6.615billion.

According to him, water pumps, seedlings, fertilizers, pesticides/herbicides and drilling tube for wells are also procured at N1.495billion.
(NAN)