As Muhammadu Buhari is being sworn in as Nigeria’s new president, here are photos of president Goodluck Jonathan’s Otuoke home.

Although it’s been reportedly said that the Nigeria’s First Lady Dame Patience Jonathan is  unhappy about the decision of the outgoing president to resettle at his country home in Otuoke, Bayelsa state, after he hands over, work has been ongoing in the Otuoke home to meet up with the arrival of Jonathan.

Labourers were seen putting finishing touches to five buildings at Mr. Jonathan’s residence while two roadblocks, mounted by the operatives of Battalion 5 of the Joint Task Force Operation Pulo Shield, were situated on either side of the spacious compound. Also, movements were restricted around the
premises and no one has been allowed to take photographs of the buildings.

In fact, a Punch Newspaper reporter was arrested by soldiers for taking photographs of the compound. Here are photos of the buildings that Premium Times got 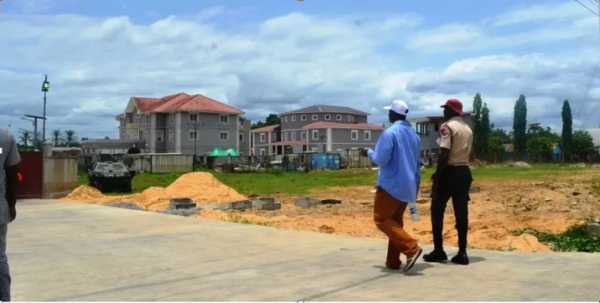