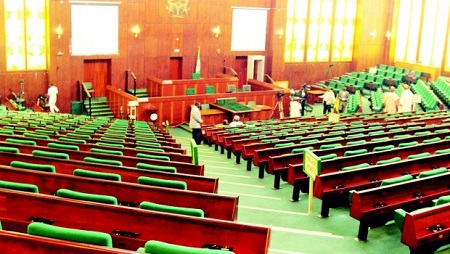 As the scramble for which zone gets the office of Speaker of the House of Representatives, a first time member-elect to the green chamber, Hon. Muhammad Kazaure, has vowed to resist the tradition that makes only “ranking members” eligible to aspire to any position in the National Assembly.

He argued that the federal constitution supersedes the house tradition.

The rep member-elect added that he enjoys the backing of all new members on this move.

Hon Kazaure, who is to represent, Kazuare/Roni/Gwiwa and Yan Kwashi federal constituency of Jigawa State when the 8th legislative assembly would be inaugurated in June, said the tradition should be jettisoned because it does not supersede the provision of the constitution.

Ranking members in Nigeria’s legislative parlance are lawmakers who have served at least two terms.

But Kazaure, who spoke with journalists on Sunday in Abuja, stated that with the population of new members in the house at 302 and returning members at 58, they cannot be ignored.

He added that the “ranking member” rule was a contraption of the Peoples Democratic Party, PDP, which should no longer be adhered to under the APC administration.

The APC House of Representatives member-elect, who defeated Hon. Basir Adamu, who has been in the green chamber since 1999 on the platform of PDP, however maintained that the new members will abide by the position of their party on the matter.

“And as they say you cannot tore with that rule until after election of the speaker so now they are forcing us that definitely only ranking members can be speaker. If they force us to do that, we are united, the moment we enter the house we will amend the rules and impeach the speaker to bring another speaker among us since we have the majority. And I am sure this is what will happen”.