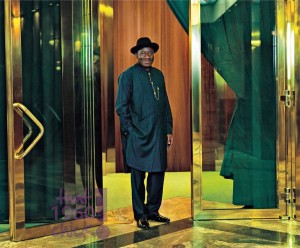 Several Nigerians regarded the concession of defeat by immediate past president Goodluck Jonathan to President Muhammadu Buhari as heroic, even Buhari himself called Jonathan a statesman because of what he did, but singer and actress, Adokiye does not consider Jonathan a hero.

“I feel really bad for the Nigerians calling President Jonathan a hero. Hero to who please? Why waste your saliva and brain on someone who has brought poverty, national blackout, danger, unemployment, terror and insecurity to our dear nation,” she said.

“Don’t get me wrong, he was my president before now. His wife is even from my mum’s village, Ogu Bolo in Okrika and I know her home. So, they are my people. But my dear, he disappointed me. Someone that has seen poverty before but was blessed by God to change mankind. What did he do?

“He forgot us and started forming ‘big man’ for Nigerians. I bet he thought the world was his. Thank God for his mercy for not allowing him to come back to complete his mission of doom” the singer said.

In a chat with Vanguard Showtime, Adokiye said the people that worked for Jonathan did not work in the interest of the masses.

“They were all heartless people. People that could not feel the pains of the poor who put them there to serve then. If anybody by now is still calling Jonathan a hero that person should be checked,” she added.