Home News Feed I Should Have Died, Not My Pregnant Wife – Heartbroken Husband Of...
Facebook
Twitter
WhatsApp 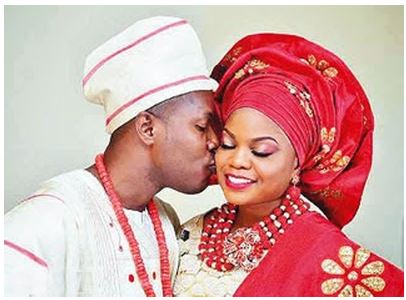 Bukola Fajana, the husband of the 26 year old lawyer, Damilola Fajana who was killed by a stray bullet after she drove into a crossfire between members of the Oodua Peoples Congress OPC and oil bunkers in Arepo, Ogun state on April 29th, says he wished he was the one that was killed while his wife and unborn son were spared. A heartbroken Bukola while narrating the sad incident to Punch, said his wife who was 6 months and two weeks pregnant was preparing to go give birth in America when this unfortunate incident happened. He described his late wife as his reason for his existence.

“Around 2am on Wednesday, I had serious pains and she rushed me to a private hospital near us. We knocked the hospital’s door for about 30 minutes, but nobody came out, so we left the place for another hospital in Ikeja, where she used for her ante-natal. She was six months and two weeks pregnant. She was with me till around 4pm when she said she wanted to go home. She was supposed to go to the immigration office for her data capture because she was to deliver her baby in the United States. But because of my illness, she postponed the appointment till Thursday. When she was about to leave, I decided to call someone to drive her home.”he said

Bukola said he called while they were on their way to know where exactly they where and he was informed they just arrived their area. He said few minutes later, he got a call from the driver who drove his wife that she had been shot in the neck
“It was barely a year we got married that this happened. I am saddened because she was my heart and brain. She was the reason for my existence. She was contented with the little I could afford us. I wish I had died and both my wife and my son ─ the pregnancy was a baby boy ─ had lived. At least, I would have had a son to survive me,” he said.