Home Metro News I’m leaving a more peaceful Delta than the one I met in...
Facebook
Twitter
WhatsApp 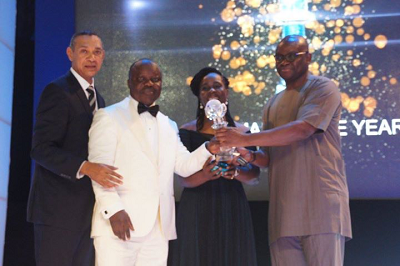 Gov. Emmanuel Uduaghan of Delta has said that he was leaving behind a legacy of peace as he bows out from office on May 29.

Uduaghan, who was conferred with the “Silverbird 2014 Man of the Year Award” on Sunday in Lagos, dedicated the award to his wife and the good people of Delta.

The 10th edition of the award, which held at the Expo Hall of the Eko Hotel and Suites, Victoria Island, Lagos, was well attended by many notable personalities from all walks of life in the nation.

“I am leaving a more peaceful Delta State than the one I met when I assumed office in 2007, and I dedicate this award to my wife and the good people of Delta State”, he said.

The governor, also urged the President-elect, Major General Muhammadu Buhari (rtd) not to neglect any part of the nation because of political affiliations.

“The South-South and South-East are very important to Nigeria and the incoming government should not neglect them even if they didn’t get maximum votes from those areas”, he said.

Other awardees were, Chief Innocent Chukwuma of Innoson Group of Companies, producers of the first made in Nigeria Vehicles and the Minister of Agriculture, Dr Akinwunmi Adesina who also won the Silverbird Extraordinary Achievement Award.

While Dr Benjamin Ohiaeri of First Consultant Hospital, Obalende, Lagos where the first Ebola patient was admitted, received the Silverbird Special Recognition Award on behalf of the facility.

The governments of Lagos and Rivers States who played huge roles in containing the Ebola virus in Nigeria were also awarded the Silverbird Special Recognition Awards.

In his acceptance speech, Adeshina, said that the Goodluck Jonathan-led government had worked hard to provide food security for Nigerians.

“Poverty must never be something we are comfortable with and food security should be a democratic right of all Nigerians”, he said.

The minister said that if Jonathan had not appointed him that he would not have had the opportunity to serve Nigeria.

He used the opportunity to solicit support for his candidacy as the next President of the African Development Bank.