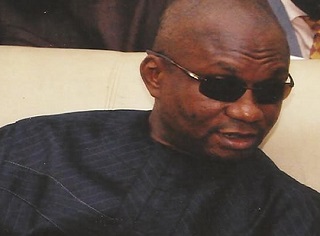 The eldest son of outgoing Governor of Abia State, Engineer Chinedum Enyinnaya Orji, has denied reports that he is eyeing the State House of Assembly Speakership position.

Chinedum, who is the member-elect for Umuahia Central state constituency in the Assembly, in a statement on Monday, said he had specifically ruled himself out of the race for the position of Speaker even before the primaries of the Peoples Democratic Party (PDP) in the state.

He said: “In as much as the political dynamics may have changed, my will in keeping to my word has not changed on this issue, any further speculation about my interest or ambition in the matter remains as always mere propaganda”.

Chinedum said those insisting he is nursing an ambition to be Speaker are only “fanning the flames of hatred and ugly aspersions on his person”.

It would be recalled that the younger Orji, popularly called Ikuku, had in October 2014 denied eyeing the top job of the State Assembly when addressing stakeholders of Umuahia/Ikwuano Federal Constituency prior to the recently concluded election.

“Nobody can appoint a speaker for the incoming governor. The new governor must be allowed to run his show. So anybody claiming that I am contesting to be the speaker is just missing the point. I have many reasons, which have compelled me to take my eyes off the post of the speaker”, he said.