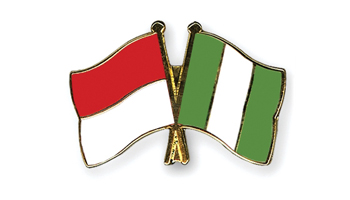 Although his country recently killed three Nigerians convicted of drug charges by firing squad, Nino Wawan Setiawan, Indonesia Trade Promotion Center’s Director sees no impediment to stronger ties between Nigeria and his country, as he supplied new ideas that could help to strengthen Nigeria-Indonesia bi-lateral relationships, especially in the key sectors of both economies.

“In 2014 total trade relation between Indonesia and Nigeria hit US$ 3.9 billion. This is a 7.45% increase if we compare with 2013. But the trade relation is still deficit for Indonesia, and that is why we are here to encourage Indonesian Export to Nigeria,” said Setiawan.

The ITPC’s Director, who assumed office earlier this year said the centre intends to, through series of business meetings and expos, introduce Indonesia to the world of business in Nigeria, as well as reconcile manufacturers directly to importers or distributors, to build a large business network in Nigeria.

Three Nigerians were last month executed alongside five others who have been on death row after being convicted of drug trafficking. The men were put to death by firing squad at Nusakambangan prison island near Cilacap in Central Java, at around 00.30 local time after all pleas for clemency were rejected. The execution was the second round after the first was carried out on Jan. 18, which also included a Nigerian.

Reacting to the deaths, Amnesty International UK director Kate Allen said: “The world has watched on as this theatre of cruelty played out, with this most tragic of endings.

“It did not have to come to this. The death penalty is never the answer.”

Following the executions, Australia and Brazil whose citizens were also killed have recalled their ambassadors.

Meanwhile, Setiawan said the Indonesian Trade Minister “gave us target to increase our total export to 300% in the next five years.” He will therefore be working towards achieving that.

As part of efforts to increase trade between his country and Nigeria, Setiawan invited business executives in both the public and private sector, government officials and entrepreneurs to the 30th Trade Expo Indonesia which will come up on 20 -25 October, 2015 in Kemayoran Indonesia.