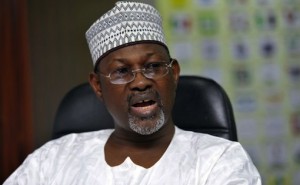 The winner of Umuahia South State Constituency in the Abia House of Assembly, Eastern Nigeria, Chijioke Nwachukwu, a candidate of All Progressive Grand Alliance (APGA), has called on the Independent National Electoral Commissioner, INEC, in the state to issue him his certificate of return without delay as it has issued his other 22 colleagues who also won the election.  P.M.NEWS reports:

Speaking to P.M.NEWS correspondent, shortly after the issuance ceremony, on Thursday evening in Umuahia, Nwachukwu wondered why INEC will make such a mistake of issuing his certificate of return to a wrong candidate, Mr. Jerry Uzosike, Peoples Democratic Party candidate who lost to him at the polls. Nwachukwu, noted that when the news got to him, he did not believe it, thinking that it was a joke but it regrettably turned to be an embarrassment and a shock to him.

Irked by this development, he further explained that he confronted the State Residential Electoral Commissioner but she showed him a list of those who won the election which she sent to their Abuja office. The worried member-elect pointed out that the REC says she has communicated to the Abuja office on the mistake and assured him that the error will be corrected.

Henoted that when he requested a letter to the effect that his certificate was issued to another candidate in error, she declined, advising him to write to the commission through his lawyer. To this end, the winner of the said election told our correspondent that he has written a complaint to that effect through his lawyer while copying the commissioner of Police, Umuahia, the Director of SSS, INEC Chairman, Abuja, his party Chairmen both at Umuahia and Abuja respectively.