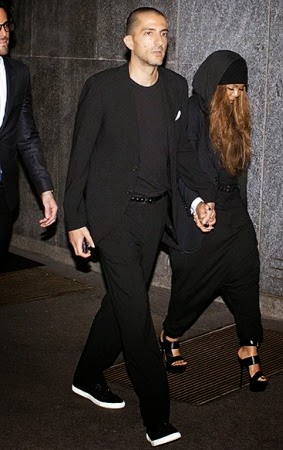 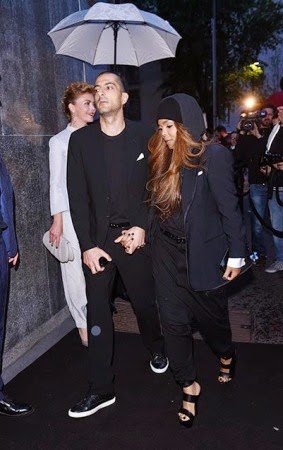 Since 48 year old Janet Jackson got married to her Qatar-based business magnate, Wissam Al Manaso in 2012, it has become rare to see her in public, so you can imagine the amazement of seeing photos of  her at Giorgio Armani’s 40th Anniversary celebration at Nobu in Milan, Italy on Wednesday.
Janet Jackson brought her husband as her date for the dinner. She tried to go incognito by wearing a hooded blazer and black pants but one sharp and quick photographer recognized her and was able to grab a couple of shots of her and her billionaire husband walking into the reception hand in hand.
Janet Jackson had not walked a red carpet since October 2014, for the Vogue Fashion Dubai Experience before that, the singer was last seen by paparazzi in February.
lindaikeji.blogspot.com