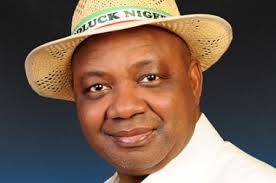 The transition committees of President Goodluck Jonathan and president-elect, Muammadu Buhari today met in Abuja, denying that there was any rift between them as suggested by statements released by the National Publicity Secretary of the All Progressives Congress (APC), Lai Mohammed.

He denied ever complaining that there was no cooperation from the out going government’s committee.

“Our committee has never said to anybody that there is no cooperation. We have never said that and we are waiting for the reports, until when they come” he said.