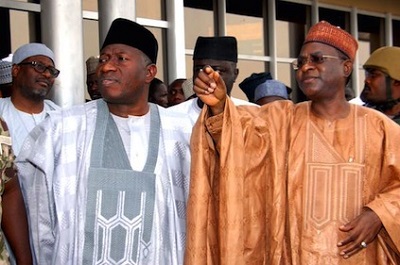 President Goodluck Jonathan has condoled with Governor of Bauchi State, Malam Isa Yuguda and his family on the death of his mother, Hajiya Hauwa Yuguda.

The president’s condolence was contained in a statement yesterday by his spokesman, Reuben Abati.

Abati said the president joined Yuguda and his family in mourning Hajiya Hauwa, “whose modest, cheerful and compassionate disposition and lifestyle will remain a source of inspiration for her offspring and all who knew her”.

He said Jonathan believed that Yuguda, his siblings, members of their families and all others whose lives were positively touched by the late Hajiya Hauwa, would forever treasure memories of her exemplary motherliness as well as her benevolence to the less privileged.

The late Hajiya Yuguda, popularly called “Goggo”, died at the age of 85 on Wednesday after a protracted illness and has since been buried in accordance to Islamic injunction.

She is survived by three children, among whom are the eldest, Governor Yuguda and the chairman of the state Universal Basic Education Board, who is also the District Head of Yuguda, Alhaji Abdullahi Dabo, over 30 grandchildren and great grandchildren.