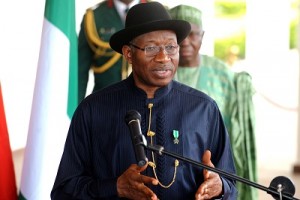 Special Adviser to President Goodluck Jonathan on Media and Publicity, Reuben Abati, said that Jonathan was able to outsmart the All Progressives Congress (APC) by conceding defeat after the Presidential election on March 28.

Abati noted that the APC had prior to the presidential election threatened to form a parallel government and had even predicted that Jonathan would be like former Ivorian President, Laurent Gbagbo, who refused to leave office despite losing and was eventually dragged before the International Criminal Court.

“By his very unusual and highly symbolic act of graceful concession, President Jonathan snatched glorious victory from the jaws of seeming defeat. He outsmarted his traducers and became, overnight, a hero of global proponents of true democracy in Africa,” wrote Abati, in an article published on his website, titled ‘Right of Reply: Olusegun Adeniyi’s Trip to Babel.’

“While many of his opponents seemed obsessed with power at all costs and by all means possible, by calling General Buhari to concede victory, President Jonathan fully lived up to his often-stated conviction that the country is more important than individual ambitions and that leadership should be more about sacrifice than the pursuit of self-interest.

“Some had threatened that he would end up like Cote d’Ivoire’s Laurent Gbagbo. He proved to be a much better student of history. They promised that if his electoral defeat which they had dictated as inevitable did not come to pass, they would instigate chaos and confusion, form a parallel government and make Nigeria ungovernable, hang it all on his head and send him to the International Criminal Court.

“In the end, he short-circuited their conspiracy and showed that he belongs to a global hall of honour, not infamy,” Abati wrote.

He denied reports that Jonathan was pressured into conceding defeat, adding that the president had already started moving his belongings out of the presidential villa since April 1, when the Independent national Electoral Commission announced the results.