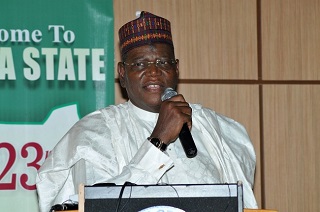 The chairman of Christian youths in Kaduna State, Diji Obadiah, has faulted a statement credited to outgoing Governor of Jigawa State, Alhaji Sule Lamido that the Christian Association of Nigeria (CAN) is a part of the APC and has a mob mentality.

Reacting to the statement yesterday in Kaduna, Obadiah said such remark coming from a governor was aimed at ridiculing Christians in northern Nigeria, adding that it was uncalled for, since CAN is not a political party and had never been involved in partisan politics.

According to the youth leader, linking CAN to a political party is unacceptable.

Obadiah, who is also the head of chairmen of youths in northern Nigeria, warned Gov. Lamido against involving CAN in his problems.

“If Lamido has problems in Jigawa, CAN should not be involved, he should leave CAN alone. Whatever election Lamido did in Jigawa state is not CAN issue”, he said.