Home News Feed Kashamu Sues NDLEA, 11 Others For Trying To Extradite Him To The...
Facebook
Twitter
WhatsApp 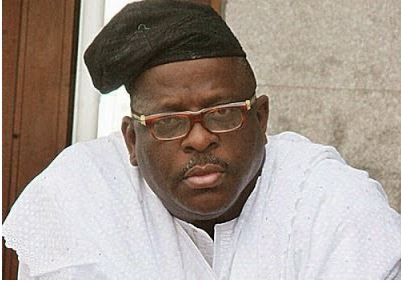 In a 92 page document, Kashamu had previously explained that even though he was incarcerated in Brixton Prisons in London between 1998 and January 10, 2013, Judge Tim Workman had verified that the allegations against him in the US was a case of mistaken identity and that the Judge had also found out that the person the DEA in the US wanted for smuggling drugs into the US was his brother, Alhaji Adewale Adeshina Kasamu, who looked a lot like him. He said when that was verified, he was released from prison and he returned to Nigeria to start a business.

He said he was lured into politics by some friends in PDP and within the course of being in politics he had made some enemies including former President Obasanjo. He claimed that recently Obasanjo had been pressurising the AGF to take steps to extradite him to the US even without a request from the US authorities.

He alleged that his lawyer, Prince Ajibola Oluyede, told him in October last year that Chief Godwin Obla (SAN), told Oluyede that Obasanjo boasted that he was making arrangements with some US officials in the region to have Kashamu abducted and flown in a private plane to the US.

He said it was not right and that they were infringing on his fundamental rights hence the lawsuit against the Chairman of National Drug Law Enforcement Agency and 11 others to court over an alleged plot to extradite him to the United States of America to face trial on alleged drug-related offences.

Kashamu urged the court to declare as unlawful the alleged  collusion between the 12 respondents and his political opponents, led by Obasanjo, to abduct and forcibly transport him to the US.

Apart from the NDLEA chairman, also joined as respondents in the suit marked FHC/L/CS/505/15 are the Inspector General of Police,  Chairman, Economic and Financial Crimes Commission, Director General, Department of State Service; the Interpol National Central Bureau; and the Attorney General of the Federation.

Others are the Clerk of the National Assembly; the National Security Adviser to the President of the Federal Republic of Nigeria, Independent Corrupt Practices and other Related Offences Commission, Nigeria Customs Services, the Nigeria Immigration Service, and the Nigeria Security and Civil Defence Corps.

The senator-elect is seeking an order of the court directing the police  IG to “provide a security detail of at least six armed police officers to protect the him at all times of the day and to prevent (him) from any attack or abduction.”

He prayed the court to restrain all the respondents and their agents  from preventing him from entering the National Assembly hall.